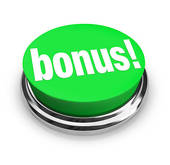 Extra! Extra! We got together to record a short-shot follow-up about our experience talking to podcaster and author Mike Morford last week, and it ended up being a bit longer than we anticipated so here’s a rare full-length bonus episode from The Mugly Truth Podcast for your listening pleasure! Check out the links and clarifications below for more details about what we discuss:

Check out our “Bonus Episode: Mike Morford Interview Recap” episode on  iTunes/Apple Podcasts, Spotify, Overcast, Libsyn, Pocket Cast, Stitcher or anywhere you listen to podcasts. Then all you need to do is 1) subscribe 2) download and 3) listen! AND!!! 4) If you enjoy what you hear, please leave a rating and a review (pretty please?). The more subscribers and reviews we get, the more opportunities we get to grow this podcast and bring you richer content.

This is a place where we two ladies (of a certain age) discuss this wacky world over mugs of coffee, laugh at the experiences that shaped our lives, and try to distinguish the lessons learned from the messes and the adventures! Our solutions can be your launching pad! Or your laugh track. Join us and find out! View all posts by themuglytruth

Podcasts On The Shelf